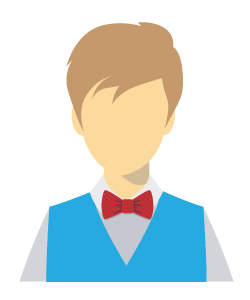 Hello, my name is Francis and this is my auto accessories blog. Last year, I purchased a vintage camper van. I had always dreamt of owning a camper van so I could drive around Australia, exploring the towns, cities and the countryside. However, when I finally took ownership of the van, I quickly realised why it had been for sale at such a low price. The van was missing a lot of accessories such as the original gear stick, the wing mirrors and the seat covers. Thankfully, my friend who is an auto expert, taught me how to find the perfect accessories for the van.

Mandrel Exhaust Pipe Bending: What Is It & Why Is It Worth the Cost?

Adding an aftermarket exhaust to your vehicle can improve performance immensely. Your average exhaust system doesn't cater to high-performance requirements, instead outputting gases relatively inefficiently. That's not something that matters to the average driver, but those who wish to take more from each drive should consider an aftermarket replacement. Since you're already looking to optimize performance, make sure you opt for an exhaust pipe that has undergone mandrel bending.

What Is Mandrel Bending?

Mandrel pipe bending places the length of pipe against a mandrel, a round object that is held in a fixed position. When the pipe is bent, the mandrel provides support against the inner radius of the bend while keeping it firmly in the groove. As such, the tube isn't crinkled or deformed. The diameter remains uniform through each bend, and there's no cosmetic change along the outside of the system.

This contrasts with other types of pipe bending, which result in wrinkles along the inside of the bend.

Why Is Mandrel Bending Advantageous?

If you're in the market for an aftermarket exhaust, the chances are good you already know why a high-performance system is important. It is the exhaust's role to direct waste gases out of the engine. The more effectively this happens, the more clean air can flow into the engine. This results in superior performance.

Wrinkles in the exhaust pipe choke the flow volume. Essentially, this prevents exhaust gases from flowing out as effectively. This is made worse by the fact that crinkles will reduce the diameter of the tube at bends, which causes bottlenecks. As well as reducing performance, air flow turbulence can weaken the metal and produce loud noises when you're really pushing the vehicle hard.

The difference between mandrel bending and other methods won't be obvious if you aren't dealing with a powerful engine, but you'll notice it more and more as power increases. If you're packing a forced induction engine rated at high horsepower, you can expect the difference to be considerable. As such, mandrel bending is far and away the best choice if performance is what you're prioritizing, especially since high-performance exhaust systems tend to incorporate several bends at varying angles.

Ultimately, mandrel bending allows your vehicle to reach its full potential. It's a more expensive bending method than most, but those looking for an exhilarating ride will find exhausts made in this fashion more than worth the added expense.